Maybe bizarre doesn’t fully describe the 2019-20 winter season. There was a wide range between the roller coaster weather, the great lake effect storms and the abrupt ending with the Covid 19 event. Wow. But on the good side, it was a decent season, starring February with snowy weekends and good business.

Preparation for the winter season actually started when the lifts stopped turning the season before and we began several mountain projects. Through the spring, summer and fall the crews replaced pipeline, upgraded several HKD snowguns to more efficient models, cleaned out all our glades, purchased a new Pisten Bully 600 Winch Cat, corrected slope drainage, replaced several night lights with LED’s and improved parking lots, just to name a few of the projects.

November provided a good jumpstart to the winter season with 17 inches of snow by the middle of the month. But more importantly was the very cold weather mid-November that allowed snowmakers to start up the guns and produce 300 acre feet of snow. This early snowmaking was crucial to the entire season. We had a “preview weekend” on November 23 and 24, then we opened on November 29, our target opening day.

December was a good month, but it brought a few weather swings. The annual Demo Day on December 14 started out a bit soggy, but ended with 6 inches of snow. The week leading up to Christmas was ideal with natural snow, snowmaking and even some sun. Christmas day was sunny and the week was pleasant, although the weekend was damp. We celebrated New Year’s Eve with a torchlight parade, fireworks and a couple inches of snow. The final count of natural snow for December was 42 inches.

We got a weekly dose of snow in January, and midweek skiing was great. We celebrated Learn a Snowsport month with introducing over 2,760 new skiers and snowboarders to the sport. College Daze, a 3 day festival for college students, was a great success. Over 16 inches of snow fell during Martin Luther King weekend - yay! The Tell A Friend Tour, an evening session with several Pro freeriders was super popular. The other weekends were variable, but the total snowfall was 42 inches.

February was the real star of the season with snowy weekends, several sunny days and an extra Saturday for Leap Year. We hosted the NorAm Parallel Giant Slalom on Yodeler, and oh boy, can those hard boot snowboarders carve! Our first Silent Disco to benefit Rock Autism was amazing…and quiet! Telestock Telemark Festival was a great success and the Penguin Paddle to benefit the Lounsbury Adaptive Program was fun for all. Over 65 inches of snow fell during the month. Good stuff!

March began on a high note with the Boardroom Banked Slalom, it was a gorgeous day with great snow and sunshine. The beloved Classic Passholder spring picnic was held at the Mistletoe Lean To on March 8, a throw back to the old days of cookouts on the hill. And then…the world got caught up in the Corona Virus craziness. We suspended operations on a drizzly St. Patrick’s Day, March 17, but skiing was fun and the snow was soft and carvey. With the abundant snow still on the slopes, the hope is to reopen later in the month, but chances of that happening are not great, stay tuned.

The season ended up as “better than our 5 year average”, thanks to the very hard work of our snowmakers and groomers, plus a few very well timed lake effect storms. We made well over 1200 acre feet of manmade snow over the season with the advantage of quick recoveries made possible by our automated snowmaking system. Holiday Valley is looking forward to a nice summer followed by a good, old fashioned winter…crossed fingers! 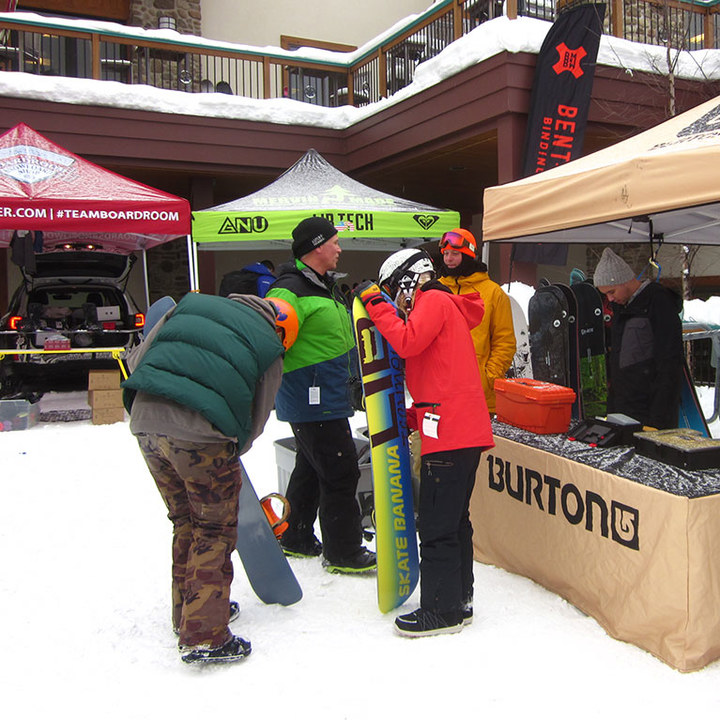 Try out the year's best ski and snowboard equipment! Brought to you by our fantastic local shops: The Boardroom, Mud . . . 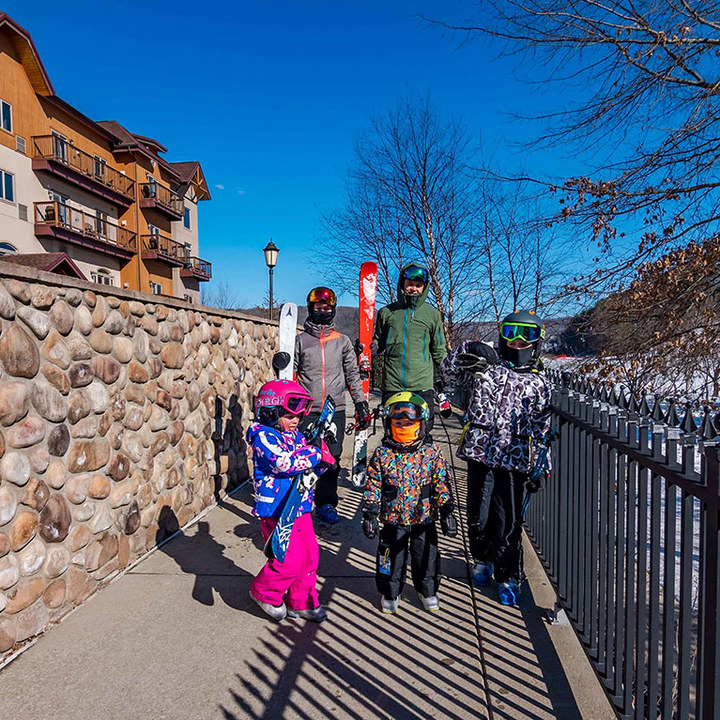